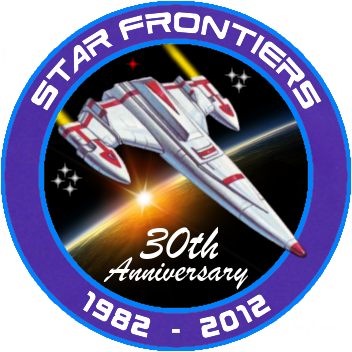 Software for the Virtual Con

While any software or technology that would allow you to get on-line can be used, the following are suggested technologies to be used for the con.

The "official" chatroom for hanging out and talking during the Con is the on on starfrontiers.us and is located at http://www.starfrontiers.us/chat. There will most likely be people in this room during most of the Con and the Con organizers will be checking in regularly in case there are any issues. You need an account on sf.us in order to use that chat).

If you don't have a SF.us account, you can sign up,or simply browse to http://starfrontiersman.com/ and click on Live Chat. The chat systems on the two sites are connected.

While you could just play a session in a chat room, or via a teleconference, it's usually helpful to have the ability to show diagrams and have maps that the players can easily see. And if you can move markers around on them, so much the better. There are two virtual table top software packages that we recommend.

OpenRPG or its child project Traipse OpenRPG are a complete virtual table top system with maps, counters, character sheets, die rollers, a chat window, and much more. About the only thing it doesn't have is an audio chat capability. You can download the software from either of the two links above.

The Star Frontiers Network runs an OpenRPG server that is registered and shows up in the list of servers within the software. This server will be up and running for the Con. In addition, the following links provide downloadable nodes for OpenRPG that can be used to enhance your game such as characters sheets and icon packs of the classic paper counters from the game.

Another full featured VTT is MapTool. Like OpenRPG it provides a full interactive environment and is designed for making maps and so much more. The description from the MapTool site is:

RPTools is a brand of open-source programs designed to enhance traditional pen-and-paper role playing games. They can be used for face-to-face play, or Internet role-playing in real time even if your players are on the other side of the world. MapTool (which is our free virtual tabletop application) in particular works great with voice-chat services!

These tools are not a role playing game by themselves, nor are they meant to replace everything at the RPG table. Rather, they are designed to be as flexible as we can make them, usable for a wide variety of gaming systems, from fantasy to sci-fi; from tabletop miniatures games to purely spoken-word games.

While you can play a game completely in the chat windows on the VTTs, it is not nearly as efficient as being able to talk to one another. There are a variety of solutions for voice communication during the Con.

Probably the simplest and most prevalent option is to do voice conference calling in Skype. It's free and available on just about any operating system you would care to use. The only drawback to Skype is that someone has to initiate the call and get everyone connected up. If you are in a game where the referee is using Skype, you'll need to give him your Skype name so he can get you into the conference call. For games using Skype, it's not so easy to have others listen in on the game as it requires that the referee actively add in the lurkers.

TeamSpeak is another cross-OS option for voice chat. The client is free. You can run the server for free as well for a limited number (32) of connections. The Star Frontiers Network has set up a limited TeamSpeak server for the con. The free server should be more than able to handle the number of Con participants. To connect to the server, use starfrontiers.info as the server address. By default you start in the Spacer's Pub room but you can switch to any other room as desired. If you are running a game, simply create a room for your game to be played in.

The advantage of TeamSpeak is that it is an open chat room system were anyone can join any room (if the rooms are not restricted) and so if you want to use it for an open game where observers are allowed, they can join in or drop out as they want to. In addition, you can record your game session if desired to listen to later.

There are rumors that you could use various Google tools such as Google Voice, Hangouts, etc. to run a game that way. However, the con organizer has no experience with these technologies so he can't say either way. If you have experience you'd like to share, please send me an e-mail or post a topic on the starfrontiers.us forums.

Hang on to your blasters this page is evolving rapidly!